Eloise most recently had to do a fair bit of work with Priya's twin sister.

A flexible and defensive grappler it took a bit of subterfuge for Eloise to score the strangle and then the win.

Priya wants to try her luck also. Maybe get one back for her sister.

Having had a bit of time to think about it Eloise tries a different strategy. Against someone who's that good with a closed guard and defense try attacking in reverse.

Of course the assumption is that Priya's game is similar to Rajani's.

That's actually correct, so Eloise has it right again.

Normally it's Priya's opponent who thinks they're wrestling an octopus.

And Eloise knows that a standard arm bar won't cut it.

She needs to keep body control tight. That means a closed leg triangle of some kind.

Like the sort you'd do if you were hunting for a kimura.

And if your opponent was that flexible, the trick is to spin out to the side while holding the triangle.

Then you've got all the leverage in the world to twist as far as a is needed.

Priya is trying rather desperately to open the body triangle and stop that twisting.

In the end the twisting stops when the tapping starts. 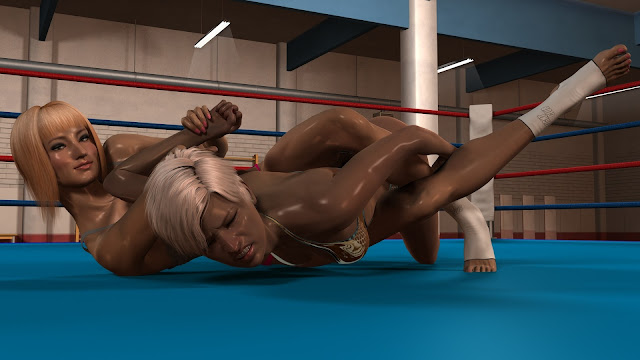 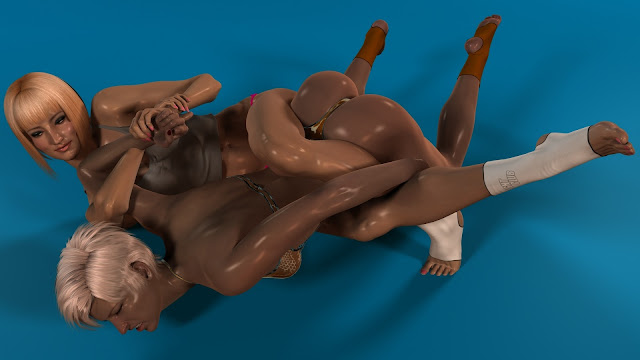 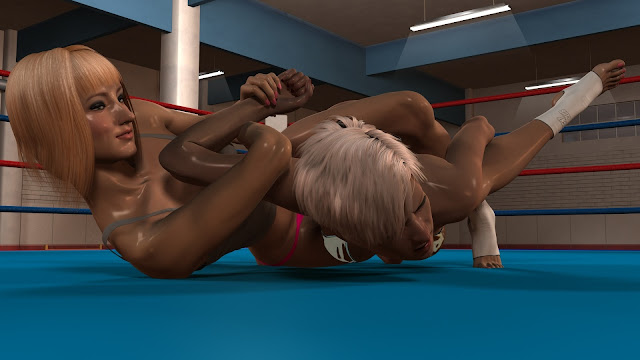 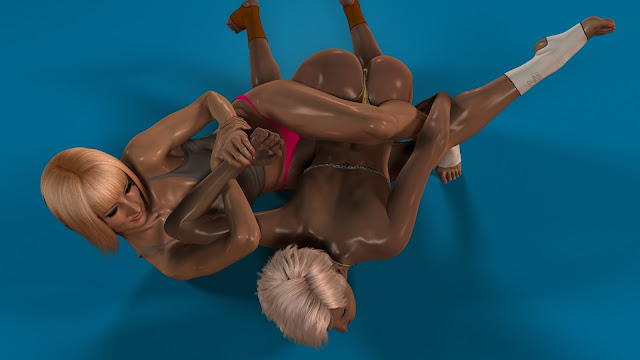